Last Friday was a very nice day that I will remember and cherish for a very long time, me and Christina was inducted to the brotherhood of the winegrowers association from Alsace the Confrerie Saint – Etienne D`Alsace this is for us a very special thing due to that we love the wines and the gastronomy from Alsace and this is a way for us to be an even bigger part of this beautiful wine district of France.
The day started early in the town hall with lots of happy people and many wine producers that was attending this event al the way from France, and I especially enjoyed  Hubert Trimbach from one of my all time favourite wine houses, he is a very funny man with a witty humour.
After some funny song and the induction we all moved on to the gala dinner with some amazing wines and lots of new friends that share the same interest as we do, we all missed the Alsace region sitting there and talking about experience and sharing good hotels and other information, this is a tiny region but so many things to se and to do, have an urge to go there soon again
Here on this blogg there are some more Alsatian adventures, look for it.
Cheers
Dragan 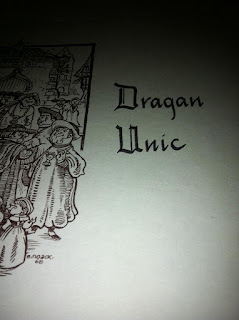 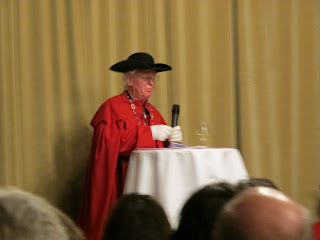 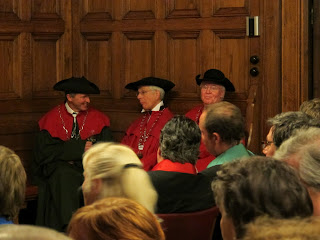 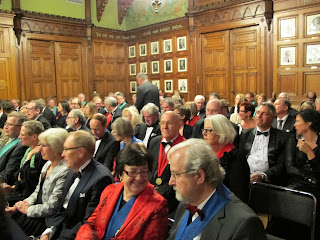 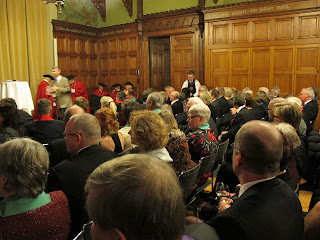 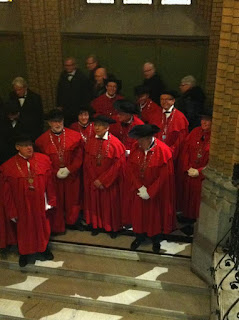 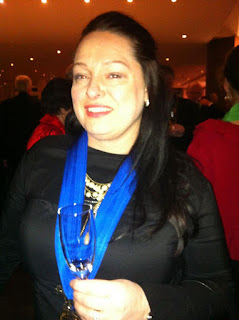 Chef of the year in Sweden

A few days ago I was attending the most exiting competition when the chef of the year in was held in with the six finalists of 140 applied was competing with great cheering crowd,
All the competitors have to do two dishes each one that was a secret until a few minutes before the started and that was a lobster this year and the other was the rack of beef that they know for a month in advance and was able to train and to figure out the best way of preparing this to be on the highest culinary level.
The pressure was enormous as you can expect due to that the chefs in the Nordic countries are considered to be on the top in the world right now and that is very exiting for all of us.
The winner and the Swedish chef of the year and who received the price from His majesty prince Carl Philip is Klas Lindberg a great guy and well deserved winner.
As always is the dinner and the after party something that everybody are looking forward  to and this year was the best so far with great food and amazing music.
Klas is also a member of the Swedish culinary team who is in hard training for the culinary Olympics in October this year.
More about the Olympics to come and
here are some pictures I took with my phone, not great but better than nothing :-) 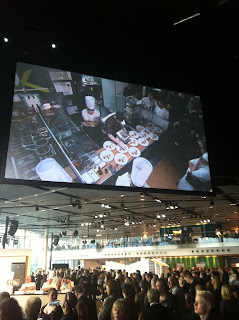 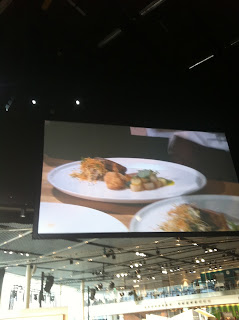 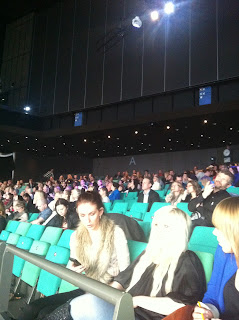 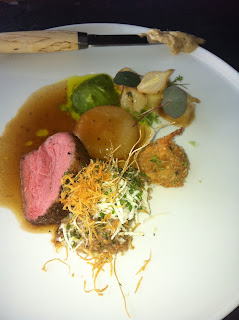 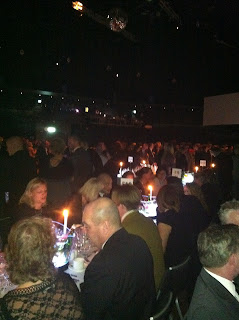 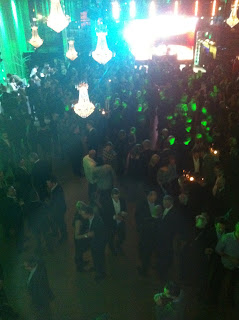 Considering that is the fifth largest producer of wine in the world I took a challenge and ordered in some 98 samples from seventeen different wine producers with the focus on the most famous malbec grape but some cabs and syrah appeared in the blends.
This massive tasting was a great way to understand the recent development in the Argentinean viticulture and to see what is going on over there and let me tell you that I got one hell of a surprise with most of the wines, there where terrific to unforgettable wines with some massive rating from the well known people (no names) we hade a very hart time to decide our favourites (mine is at the pictures below)
The idea of this tasting is to find producers to work with on the Swedish and Danish market and so we did after wild and heavy discussions, I sure look forward to show of the wines on this market and the horeca sector.
But you have to remember that wines from here in great quality will never come cheap but always great value for the money.
Looking forward to visit 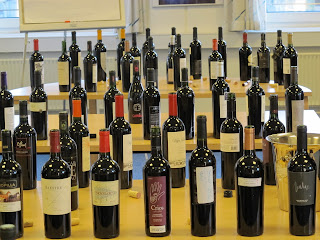 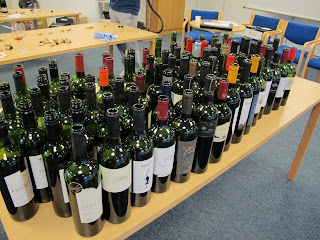 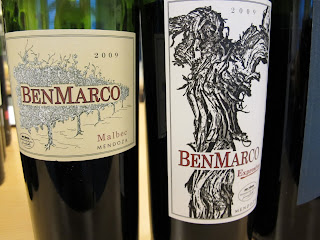 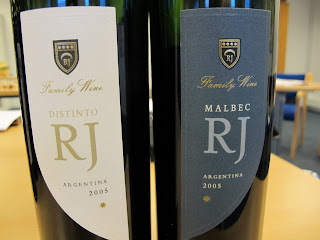 Can you compete in cooking ?

The first sponsor dinner of the year for us went very good and I could notice that all the invited guests where very impressed of the food and the presentation of the new team, now is our focus on the cold table display that we will compete with on the culinary Olympics in October this year in .
The Skåne culinary team is really on the toes to do perfection and the team is in good spirit and doing the best even if there are some more months to go but we all know that time moves fast and we will soon be there.
Another thing is that we have the team captain Martin Hansen who will represent in the Nordic chef of the year and Pi Nghi Thanh Le for the junior chef of the year great guys with enormous talents.
My myself and I will go judge the kitchen work and my great pal Tomas Gustafsson will judge the dishes, only people from Skåne here now, great achievements from all.
Sebastian Gibrand are at the same time competing in for the Hans Bushkens trophy with Magnus Johansson as the following judge, a very strong Swedish team.
Here are some pictures from the sponsor night.
A proud president of the Swedish chefs association of Skåne who missed to take pictures of the first dishes. 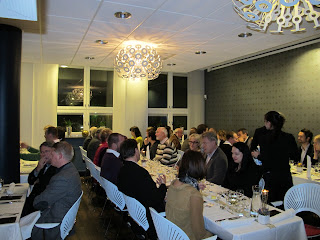 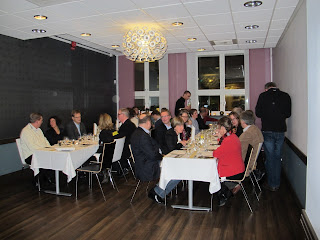 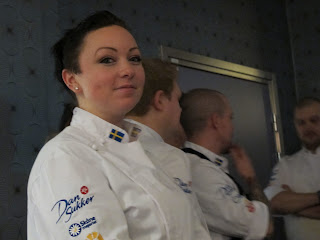 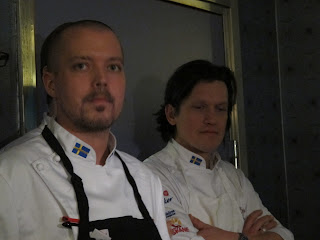 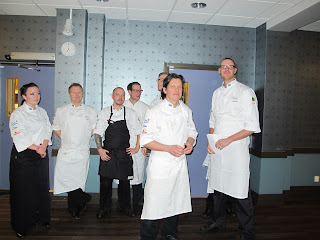 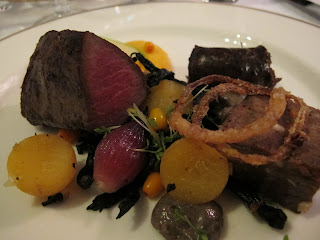 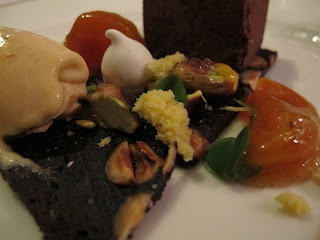 Can you drink Italian Fashion?

The Italian company of Martini & Rossi started up in mid 1800 and are now days mostly known for its vermouth and are owned by the Bacardi company from 1992.
Martini Gold is a result of the great collaboration between Bacardi and the most famous house of Italian fashion Dolce & Gabbana that sourced the world to create a unique flavour.
This essence of bergamot, lemons and oranges from , Spanish saffron from La Mancha, myrrh from , ginger from and Kubeba pepper from Sunda and it is all packed in a beautiful golden bottle with a black packaging designed by the two fashion icons.
The taste is beautifully balanced of fragrant lemon, deep, zesty orange and rich exotic spices with the special Martini touch.
You just have to try it! Its for sale at tax-free for about 250 SKR
Please enjoy. 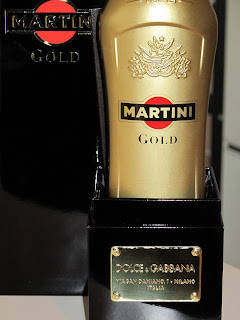 What a great start of the New Year!! I have the fortune to taste the unbelievable wines from Misha´s vineyard and the winemaker Olly Masters for the first time in Sweden, thank you Misha and Andy for this special treat with your wines, and let med tell you guys out there that better than this is very hard to find in New Zeeland or somewhere ells for that matter.
Misha´s vineyards are located on the edge of in the region of central Otago where they have 57 hectare of sundrenched vineyards that provide perfect conditions to make world class Pinot Noir and fabulous whites on different grapes with no compromise viticulture.
Lets start of with the Pinot Noir The High Note inspired by Misha´s opera singing mother J
This ruby colour pinot have an amazing power in the nose packed with yummy dark fruit, cassis and herbs’ and a full on palate with warm dark fruit, pickled ginger, liquorice and an aftertaste that last forever, one of the best new world Pinots 95 DU points
Pinot Gris Dress Circle is for me a WOW wine that I did not expect at all, watch out all you Alsace producers, this wine is light golden in colour with very nice nose of juicy pear, granny apples and lemon verbena that continues with a full off dry palate with ripe stone fruits, orange peel and the best mineral tone with a very long finish, great balance.93 DU points
Sauvignon Blanc The Starlet is not like the other NZ wines that you can find on the Swedish market today, this is more in the French style with pale straw colour and a beautiful nose of lemon/lime, gooseberry and some ripe pineapple that will continue in this dry wine. The palate is refreshing, dry with good minerality and full of intense exotic fruit all balanced off with great acidity 91 DU points
Riesling Lyric is another wine that could be from a great producer in or , this pale golden wine have a nice nose of rose petals, citrus and white peaches very very nice! The palate is dry, grapey with mineral, slate and sweet honey melons all balanced off with great acidity and long lingering finish 93 DU points
Riesling Limelight is the sweeter of the two Rieslings with pale colour, on the nose is this wine packed with sweet mature exotic fruit, lemongrass, lime leafs and mineral. In the mouth is this medium dry wine (25g/L) fantastically well balanced with bursting fruit, citrus, apple and ripe melon, all finished off with long spicy finish 95 DU points
More information about this wines is to be found here http://www.mishasvineyard.com
And the wines are to be found in by me in a few weeks.
Sunshine in my life 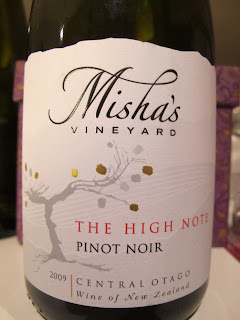 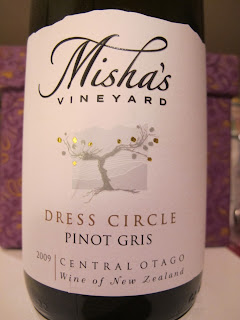 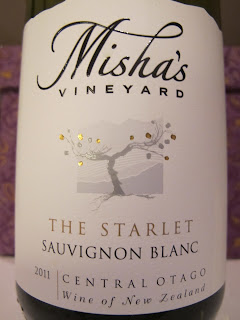 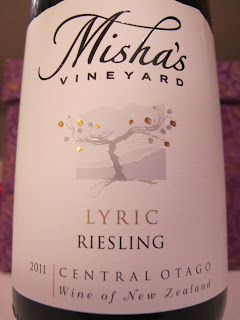 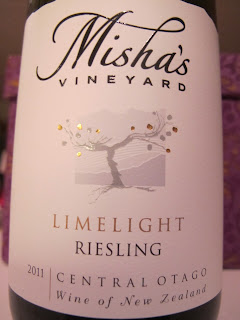 About me, myself and I

Dragan Unic
Sweden
Follow me into the world of great wines and delicious food with a twist, who knows where it will end up, maybe a book about wine and food ! lets se And please leave a comment here or send me an e-mail with critics and suggestions I would appreciate this tremendously.